Ahsh Inc., a wedding company in Osaka started their new service “Equal Wedding Japan” that offers Japanese style wedding ceremony to international same-sex couples. Ahsh Inc. provides international same-sex couples and transgender couples with a variety of Japanese traditional wedding clothes. International same-sex-couples and transgender couples are able to hold a wedding ceremony in places such as a Japanese traditional house in Kyoto, a Nohgaku stage, a Japanese style shrine in a hotel, and Toei Kyoto Studio Park. All the procedures will be taken care of by English-speaking assistants. On Ahsh Inc.’s website, you can see great pictures of same-sex
Read More

Being Out in Japan Part 1: Public Display of Affection

By: Roz Natsuko and I first started dating in February 2013. There was no talk about same sex marriage or any laws protecting LGBTQ  in Japan at the time. It wasn’t illegal either. I remember feeling terrified to show affection in public in Japan in fear that someone would attack us. When we held hands I felt myself watching everyone’s eyes around me preparing my body to move quickly in response to a sudden strike. When we went out to dinner I felt afraid to show we were a couple and not friends. I often felt uneasy and couldn’t relax.
Read More

HOW DID YOU GET A JAPANESE PARTNER?

BY ROZ When people meet my girlfriend and I they ask how we met. A question commonly asked to couples. But after I give them the short answer, “in a quiet little bar”, they ask me the question again. This time they clearly state their reason for asking. “I am a foreigner like you and I would like to date a Japanese person but it’s too hard to get them to date me. How did you manage to get a Japanese partner?” The question is not about my relationship. What they want to know is if I have some secret
Read More 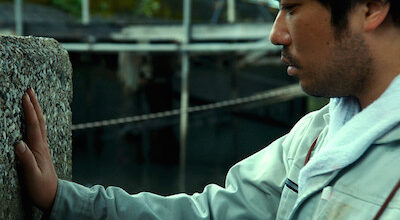