Koizumi, from OUT JAPAN, and Ikeuchi, from Hotel Granvia Kyoto, received an award for “Ambassador” of The Year in IGLTA

By Roz I find dreams to be the most fascinating natural occurrences. Even with many theories from psychologists, scientists, religious figures, translators and more; dreams continue to be mysterious and entertain us to why we dream what we dream. Another fascinating body occurrence is the orgasm, this however is not so mysterious as to why we have them, but they are awesome. Put dreams and orgasms together and you get the sex dream. Waking up from those can be fun, or not fun depending on who it’s with or when you wake up. Most of the time they leave us
Read More

The word “LGBT” appears on school textbooks for the first time in Japan.

The winners of Gender Neutral Toilet Sign Award were announced.

PROUD, a LGBT-related group that aims to achieve a better life environment for LGBT individuals in Takamatsu City in Kagawa Prefecture, announced the winners of Neutral Toilet Sign Award on December 24th. 2 designs were selected by vote among112 designs. The group will ask public entities and companies to display the signs in multipurpose toilets in Kagawa Prefecture. Restroom access issues frequently bother transgender people. (Sometimes, they meet with severe criticisms when they enter a restroom based on their sex identity.) Even though they try to use a multipurpose restroom, there are no signs for them so they say it
Read More 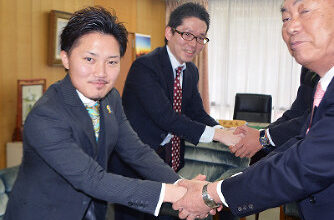 Soichi Yamaguchi who is the chief of LGBT group “ELLY” was handed LGBT’s opinion to chairman of Iga City Council. On December 25th, Iga City in Mie Prefecture announced that the city is going to start issuing same-sex partnership certificates to same-sex couples who submitted required applications to its ward office from next April. Iga City has worked on eliminating discrimination against sexual minorities and held seminars and workshops with LGBT people. After Shibuya ward in Tokyo started issuing same-sex partnership certificates in November, 2015, Takarazuka City in Hyogo Prefecture also announced that the city is going to issue similar
Read More 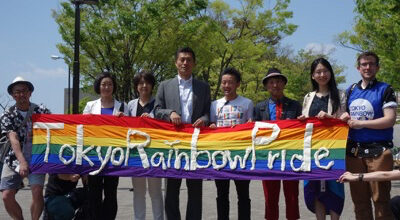 Democratic Party of Japan has made a decision to submit a bill to the Diet to eliminate discrimination toward LGBT people in Japan.

Goshi Hosono(center) who is policy chief of Democratic Party was joined Tokyo Rainbow Pride 2015. Democratic Party of Japan has decided to submit a bill to the Diet to eliminate discrimination toward LGBT people in Japan. The bill will be submitted to the Diet on January 4th, 2016. The legislation will ban discrimination toward LGBT people by businesses and local governments. It will also require schools to establish a counseling system for those who identify as LGBT and promote understanding of the issues facing them. According to the outline created by the DPJ’s working team, discrimination based on gender identity
Read More 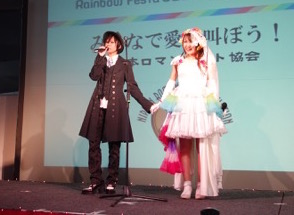 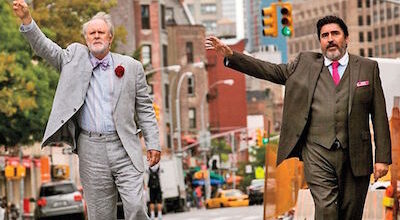 “LOVE IS STRANGE” offers “Couple 50% OFF” discount to same-sex couples. The first trial of its kind in the film industry.

“LOVE IS STRANGE” is about a gay couple living in NY who has been together for 39 years and the gay couple faces happiness and unhappiness of marriage when they decide to get married. “LOVE IS STRANGE” will be open to the public in “CINEMA SWITCH GINZA” and other theatres on March 12th. Regardless of sex, any couple including same-sex couples who are 50 or older can get the 50% off discount. That will be 1100 yen for each. This is the first trial of its kind in the film industry. In order to get “Couple 50% OFF” discount, either
Read More 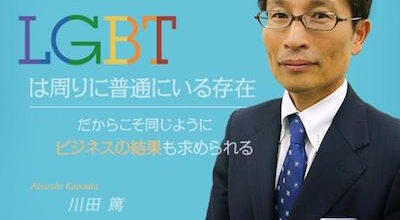 Atsushi Kawada, an openly gay staff of IBM Japan was honored as “Best of IBM” last year. On November 30th, IBM Japan, Ltd is now ready to create a new system, “IBM Partner Registration System,” that recognizes their employees’ partners as equivalent to marriage as one of their policies to make a work environment where all the employees including those who identify as LGBT can display their abilities to the full. The new system will go into effect from January, 2016. Diversity of races, cultures, thought,and gender is IBM’s source of innovation and one of the most fundamental parts of
Read More 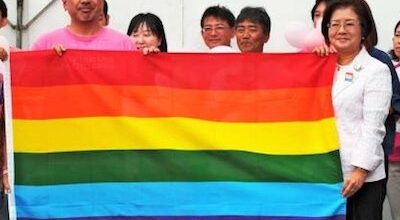 Right side woman is the Mayor of Naha City, Mikiko Shiroma. Left side man is a representative of Pink Dot Okinawa, Hideki Sunagawa. Naha City, the second municipality in Japan which made a declaration of its LGBT supports called, “Naha, the city of sexual diversity (Naha Rainbow Declaration)”at Pink Dot Okinawa in last June, announced that discussions are going to take place regarding same-sex partnership certificates which recognize same-sex couples as equivalent to marriage and introduce an ordinance for same-sex couples in 2016 or later. The city is planning to visit Shibuya and Setagaya wards which have already started issuing
Read More