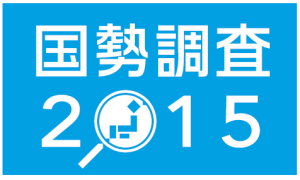 In Japan, Census is carried out through September to October. This year, the new thing is an online ID of the Census is delivered to each household.
In order to grasp the reality of people’s lives, all of the people who live (including the people of foreign nationality) were surveyed in Japan, and counting the results will be reflected in government policy. Since its purpose is to respect privacy, each answer is not checked against the Basic Resident Register or family register.
In a conventional Census, when a partner selects a same-sex partner for their answer in members of the household, the selection is treated as an error (clerical error handling), but a voice for this unfair matter had it lifted in the 2010 Census.  In fact, Ms. Aya Kamikawa – Transgender in the Setagaya ward, inquired about this matter to the country through the department in charge, and Mr. Matsuura Daigo – member of the House of Councilors of the Democratic Party, is throwing a question on this matter in the National Assembly. (Reference: http://npn.co.jp/article/detail/44199072/)
The request of the improvement (Aggregate same-sex couple to Census) to the Ministry of Internal Affairs and Communications statistics Bureau was made by 6 organizations such as “Respect life. White Ribbon Campaign”, “EMA Japan”, “Create a symbiotic society sexual minority support a national network”, “Special spouses (partnership ) method national network”, “LOUD”, “Rainbow Kanazawa” as of November 26, 2014. (The petition they submitted as htmll here)
◼︎ Demand Overview
(1) Investigate to grasp correctly as statistically for a variety of family types in reality.
(2) Do not answer as false entry treatment from the same-sex couples living together, and please aggregation without impairing the person’s intention (Also please keep the data so to be able to recount at a later date)
(3) Please manage and supervise for smooth investigation without giving an invasion of privacy or embarrassment to same-sex couples living together and sexual minorities.
Although formal reply from the Ministry of Internal Affairs and Communications of the response was not received, Mr. Aya Kamikawa announced by twitter that “Census with internet answers start from September 10th does not treat as an error if answer the partners as spouses in same-sex couple households. However, we are not sure whether they process it or how their computer shows it. According to the district in charge of section chief, instruction by country for statistical processing of this point is suspended and they wait for the guidance. It might have a possibility to be treated as clerical error same as before.” It seems like same-sex couples and transgender can answer it as a reality, however, being adopted is undecided (Waiting for a judgement from the Ministry of Internal Affairs and Communications Statistics Bureau).