Chiba City is to allow city officials with same-sex partners to take marriage and nursing leaves of absence. 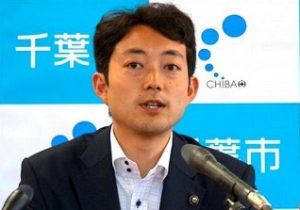 On November 10th, it was announced that Chiba City will revise its work regulations to allow its city officials living with their same-sex partners to take marriage and nursing leaves of absence. Same-sex partners will be treated as equivalent to married couples starting in January 1st, 2017. This policy change is the first of its kind for local governments in Japan.

The city officials with same-sex partners will be able to take the same leaves of absence as heterosexual couples. When they get partnered/married, they can take a 6- day partnership leave if they apply for it within 6 months from the day when they start living together or get married. They can take a nursing leave for 5 days a year and a long nursing leave for 6 months per chronic disease. They can also take the leaves of absence to take care of their partners’ parents and children.

A set of documents, such as copies of their census registries and resident, needs to be submitted to apply for the leaves of absence. (Yet,Chiba City does not ask couples in de facto relationships to submit any documents when they take a marriage or nursing leave of absence.)

“We want to make an inclusive society that embraces individual diversity. We must move forward and more efforts will be made for the rights of LGBTs.” Mayor Toshihiro Kumagai said in a news conference. The mayor also explained that Chiba City “requires a submission of a set of documents because some people might criticize the policy change if it was too easy and it will make it difficult for them to apply.”

Last March, one city councilor claimed that “we need to think about employee benefit programs in advance because we will discuss same-sex marriage sooner or later.”

In response to the opinion, the chief of General Services answered “we will pay more attention to what other local governments and businesses do and make more efforts to achieve a work environment where employees from diverse social backgrounds can perform at their full potential.”