“Equality starts with you!” (Bakappuru Stories) 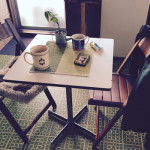 A night like any other, after a long day of work, Natsuko and I sat at our small two person table in the center of the kitchen, we had just finished dinner and started talking about random topics. Natsuko was having her after dinner smoke while I shared my thoughts on some current events. I read about a company that began to provide marriage benefits, such as marriage leave and compensation, for same-sex couples with legal marriage documents in Japan. We were talking about how we need to think about planning a date soon for our wedding in Michigan and here in Japan. Natsuko responded that we need to think about when she can take time off work or not. That was when I brought up the article I read about companies providing marriage leave for same-sex couples. “I’m sure we don’t get those benefits” she snarked.
“If the company provides marriage benefits then their should be no issue, right?” I asked implying that is how it should be.
She looked at me like she was confused and said “but we are a same-sex couple, so even if they do, we won’t get those benefits.” Hearing this made me upset, It always upsets me hearing anything being denied to us simply because we are a same-sex couple. 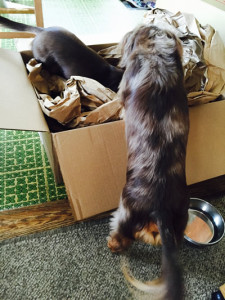 “Why do you always respond that way, just ask if they have the benefits,” I barked back. That’s when the dogs took off running to go hide from me. If the dogs are hiding it’s a good indicator Natsuko and I are having a little argument.
“But it doesn’t matter if they do or not,” she cried out. The look on her face seemed confused as to why I can’t understand the obvious reason.
“Why? Why did you make that decision? Why can’t you just ask?” I responded calmly trying to understand her thinking.
“Okay, I will but it will be hard,” she responded with frustration.
“Why is it hard? Because we are a same sex couple? If we were not a same-sex couple you wouldn’t think it was a hard question to ask. It would be simple for you. A simple question asking about your benefits.” I remarked.
“Yes, exactly.” She said with certainty.
“Exactly. That’s whats wrong! That’s why I’m mad!” I bellowed out.
“Why!” She yelled back.
“You can’t expect others to treat you equal if you don’t treat yourself equal or see yourself as equal. You shouldn’t feel the question is hard. You are getting married and you don’t know your benefits for marriage leave and you want to find out. You shouldn’t make it harder for yourself deciding what others will think about you or how you will be treated without even taking the first step of treating yourself equal and asking as normal. Treat yourself as equal, let others see you see yourself as equal, then they can see how you want to be treated. Treat yourself as different and others will treat you different. Equality starts with you!” I discoursed.
“その通り(your exactly right). その通り(Your exactly right). その通り(Your exactly right).” She said over and over again until tears poured out of her eyes. “This is how I should think, this is how we need to think.” She muttered.
“This is how all LGBT need to think, this is how we correct the world.” I sighed knowing this was not just hard for Natsuko but also for myself to do as well. I also need to start treating myself as equal.
A couple weeks later, Natsuko was in her evening English literature/English conversation class. They were discussing about what they thought Japan’s future would look like. Most students talked about the economy failing. Natsuko could have kept to herself because the teacher never called on her, but she raised her hand and said she has something she would like to add. She said she thinks that in future, Japan will have legalized same-sex marriage. She said this to them casually and asked what the others thought. The others who spoke up remarked that they have no issue with it or never thought about it but it could be a possibility for the future of Japan. Then they asked Natsuko what she thought about it. She said with pride, “of course I want that for Japan, because that is my future, I am in a same-sex relationship and we are getting married.” 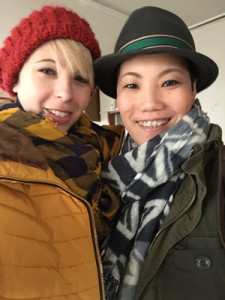 When Natsuko shared this with me, I could see she changed, that she wasn’t just “out”, she was showing she is equal to everyone and she believes Japan will change because she is equal. I don’t know if I could have done that, maybe I could have, but there are times I wasn’t living with believing I am equal. Hearing her story inspired me, “treat yourself as equal”, those are not just words, they are a way to live by, to live happily.
Our bakappuru* bickering led to a great lesson for the both of us, “Equality starts with us, it starts with me, I will treat myself as equal and others will see I’m equal.” We can’t control others but we can show them how we want to be treated by treating ourself equal. This lesson helped us, I hope by sharing this it can help others living here in Japan or anywhere else in the world.
一緒に頑張ろう！ (Isho ni ganbarou!, Let’s do our best together!) –
Bakappuru
* Baka meaning fool, or quirky or harmlessly eccentric in Japanese put together with kappuru meaning couple.