HOW DID YOU GET A JAPANESE PARTNER? 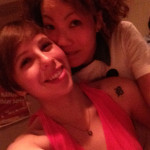 When people meet my girlfriend and I they ask how we met. A question commonly asked to couples. But after I give them the short answer, “in a quiet little bar”, they ask me the question again. This time they clearly state their reason for asking. “I am a foreigner like you and I would like to date a Japanese person but it’s too hard to get them to date me. How did you manage to get a Japanese partner?” The question is not about my relationship. What they want to know is if I have some secret way of how to get a Japanese partner. The first time I was asked that question I found it to be strange and a little rude. After being asked the same question several times in many situations, I realized it is a common concern for many foreigners that visit or live in Japan. Dating and finding a partner in any situation is difficult and I’m not a love expert. I’m just a person in love with someone who happens to be Japanese. However, I can give advice and encouragement from my experiences and hopefully it helps.

Three years ago I searched online for a place to meet Japanese lesbians. During that time I struggled to find helpful information. I didn’t want to go to a dance club or a noisy place. I wanted to talk and get to know the people. At the time there wasn’t a lot of information available online like there is now, with convenient sites such as Out-Japan.com and www.tokyomeow.com. It was nearly impossible for me to find what I looked for. I felt lonely and scared but I did not give up and I eventually came across a very small blog about a place called “Kins Womyn”. The blog menti

oned it’s a great quiet place to make friends and they were friendly to foreigners. It seemed like the place for me, but I felt nervous and unfamiliar with Tokyo. In addition to that, it would be my first time going out as a lesbian. I was married but separated to a man at that time and from a Roman Catholic family and spent my life in denial about my sexuality. I had only started letting myself feel my true feelings. So it took me two weeks and many nights reading that same blog over and over again until I could build up the nerve to go.

I couldn’t find the bar at first and I asked a stranger on the street to help me. They pointed me up a hidden stair case and left me there in the street. I stood there looking up at it for what felt like an eternity. Staring at the steep climb up a terrifying mountain in front of me. I made the climb, heart pounding and legs resisting me with each step. I made it up the stairs and around the corner and I saw the door. The image of the door burned into my memory from the blog. I stood there staring at it. Then I reached out and turned the handle. I didn’t know it at the time but my entire life changed. That was the night I met my fiancé Natsuko.
I sat down at the bar. There was one couple sitting in the corner. The place just opened for the night so it was nearly empty. It was a cozy bar. I was greeted with a beautiful smile from the kind bartender. But I could see she was nervous about speaking English. I spoke first and ordered a beer in Japanese. One of the girls in the corner turned and talked with me first. Our conversation started off with simple questions, “Where are you from?”, “What’s your name?”, “What do you do?” I could have stopped there, she could have stopped there too, but we didn’t. We talked, speaking in both English and Japanese. We talked about simple things, like the music we like and the things we like to do. We found out the interests we had in common and kept the conversation going while having fun and laughing. We never talked in a way as if we were looking to hook up or date. Just two people enjoying talking to each other. I learned she was single when I asked about her girlfriend and what she does. I assumed the girl she was with who was enjoying a conversation with the bartender separately was her girlfriend. She laughed when I asked and she told me they were only friends. I was relieved, I could feel I liked her. We talked more as we moved closer and closer together, occasionally touching each other’s shoulders or bumping into each other playfully.

Soon it was time for me to leave, but I did not want to. I knew I had a long way back to where I lived and I had work the next day, but I had a great connection with her and I didn’t want to miss the chance to get closer. I asked her if I stayed would she stay with me and hang out all night. My next bus wouldn’t be until the morning. She said “yes”. I ripped up my ticket and bought us both drinks. We talked until the bar closed. We decided to go to the next bar, then the next. Each time talking more intimately and all the while holding each other’s hands, with moments of staring into each other’s eyes while smiling. Thinking about it now. I can feel my heart flutter with nerves and excitement that I felt back then. The attraction became unbearable and I couldn’t hold myself back from kissing her any longer. I asked if I could kiss her. She smiled blushing and said she wanted to kiss too. We had our first kiss, then our second, then our third. We couldn’t stop kissing and well…, 3 years later and much in between we are engaged. It started with a simple friendly conversation. An all-nighter of getting to know each other, and an awesome kiss. 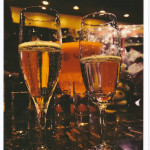 For every foreigner I have met that is looking for a Japanese partner, I have met a Japanese person looking for a non-Japanese partner. I conclude that the problems both are having are probably the same. Intimidation seems to be a common theme. Japanese want to talk to foreigners, but they are nervous and they sometimes come off as being distant and not want to be bothered. The same can be said for the foreigners. I see it often. The key is to smile and try small talk. If you are with other non-Japanese, it can make your chance at connecting with someone even more difficult. One foreigner is intimidating but two together can feel impossible for the Japanese to come over and talk with you. Sometimes going with a Japanese friend can help. You will be more approachable when seen socializing with other Japanese. Just remember they want to meet you just as much as you want to meet them. Join groups and events where you can meet people outside of the bar scene. STONEWALL JAPAN is a great group to join for any LGBT person in Japan. The people you meet and the knowledge they share can change your life in Japan. If you are a lesbian, try “dyke weekend”. It’s a club for Japanese Womyn and non-Japanese Womyn where they have events for socializing and meeting new friends or possibly partners. My Japanese friend met her American partner through that group. I have made many Japanese and non-Japanese friends from that group as well.

Meeting a Japanese partner isn’t any different than a non-Japanese partner. You have to keep looking until you find that special someone. It is important to be yourself. Many foreigners who study the culture and live in Japan often try to use what they know to date as if they were Japanese. This may not be the best way to go about things. In my experience, Japanese who want to be with a non-Japanese partner like the different cultural experience. Keeping your true style and culture while being understanding and accepting of theirs is best. You need to be yourself and if you often feel you’re holding back because of cultural reasons, you will have trouble connecting with someone on an intimate level. If you don’t speak the language, then find someone who speaks English or consider studying the language. If you know some Japanese, have fun talking and use a dictionary or translator to help. Find ways of communicating and don’t worry about cultural differences. Many of us spent much of our life in denial or pretending we’re something we’re not. Let’s not make the same mistake when making friends or finding a partner. It’s not a secret method, it’s not anything special, but it’s my way and it worked for me.