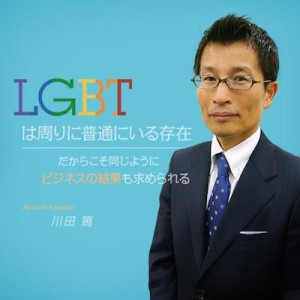 On November 30th, IBM Japan, Ltd is now ready to create a new system, “IBM Partner Registration System,” that recognizes their employees’ partners as equivalent to marriage as one of their policies to make a work environment where all the employees including those who identify as LGBT can display their abilities to the full. The new system will go into effect from January, 2016.

Diversity of races, cultures, thought,and gender is IBM’s source of innovation and one of the most fundamental parts of their corporate strategy. IBM has taken the initiative in LGBT-friendly measures among domestic companies for years. IBM has long provided their employees with trainings and has held events to promote acceptance and understanding of LGBT people. Since 2012, they have given their LGBT employees money gifts for wedding. IBM cooperated with the international non-governmental organization, Human Rights Watch and held a discussion forum of LGBT related diversity management, called “work with Pride” to promote LGBT- friendly corporate policies in other companies.

“IBM Partner Registration System” is such a progressive move in that they decided to recognize their employees relationships with same-sex partners as equal to the ones straight couples have and tried to extend their benefit packages to as many employees as they could. I hope other domestic companies will follow suit in the future.