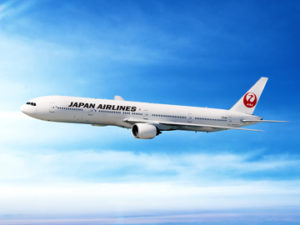 This great news was spread by an openly transgender councilor in Setagaya ward, Aya Uekawa, on February 18th. On her twitter account, she said that “If you show your partnership certificate to JAL, it will recognize you as family and you can register for JAL Mileage Bank.” “This is really great! Same-sex couples are treated as family. I got a message from Monkey Takano who submitted a partnership oath certificate to Setagaya ward on the 1st day! He was able to register for JAL Mileage Bank after he showed them his partnership certificate. Wow, what a fantastic global enterprise!”

First of all, Mr. Nakamura, the chief editor of one of the most famous gay magazines, “Badi,” called Japan Airlines right after he saw Aya Uekawa’s tweet. The next day, he got a phone call from the help-desk of Japan Airlines and the help-desk person told him that all same-sex couples who show their partnership certificates are recognized as family and register for JAL Mileage Bank and receive its special bonus. After that, he uploaded this news to his website, badi.jp. Japan Airlines is not planning to issue a press release.

After Mr. Nakamura uploaded this news to badi.jp, one of the biggest travel information website “Travel Vision” also posted this news. According to the news article issued by “Travel Vision”, “Japan Airlines is now working on embracing diversity. The new expansion of its service is one of their projects promoting diversity.” At the same time, Japan Airlines now allows same-sex couples to use “JALCard Family Program” and “JAL Family
Club.” With “JALCARD Family Program,” same-sex couples can combine their mileages together.
NHK and The Mainichi also issued news articles about Japan Airlines’s LGBT-friendly services, but All Nippon Airways(ANA) has already recognized same-sex couples as family when they submit a paperwork that proves they live together and allowed them to use “ANACARD Family Mileage.” for a long time. ANA said that it would continue to accept applications from same-sex couples.
Monkey Takano said that “my partner and I travel overseas a lot, so we were really happy when the staff understood our relationship after we showed them our partnership certificate. We do hope more companies will treat same-sex couples equally like regular heterosexual couples.”

Shingo Nishida, a manager from Japan Airline Mileage Department, said that “Family structures have changed over decades and customer needs have been diversified. We would like to flexibly live up to their expectations.”