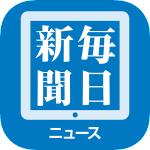 On August 20, 2015, editorial that “the legislation examined protect sexual minorities human rights” was published in the Mainichi Shimbun.
Sexual minorities are facd with various difficulties in society such as receiving discriminatory treatment of workplace, bullied at school, and it cause the high suicide rate because of not being consulted with familiar people.  In such a situation, they ask  the government to enact the legislation for the purpose of such discrimination resolved
The United Nations also works on the countries to eliminate discrimination and violence against sexual minorities. At National Assembly in this year, bipartisan lawmakers Federation to consider the sexual minorities’ rights was established. According to the latest survey by Dentsu, person corresponding to the sexual minorities became 7.6%. However, in fact, it is not sufficient understanding of the society for “sexual diversity” and a lot of trouble/appeal to telephone consultation have been submitted.  If the law that prohibits the discrimination of sexual minorities, the country’s basic policy will be created, and thus to address the educational activities. It should be easily embarked also in administrative guidance to encourage affirmative at work or school. For territorial and rely difficult sexual minorities to relatives, it is also possible to establish a system of consultation and assistance. Remedy by the judiciary also will be easier to obtain more. Firstly, it should take a step to eliminate discrimination against sexual minorities, in the enactment of the Basic Law.
On May, 2015, “LGBT Law Association” announced the proposal “LGBT Discrimination Act” for requiring LGBT discrimination and assistance to national and local governments. And this editorial will have become a thing to be fully back it up.

On April, 2015, Nikkei Newspaper has posted an editorial that “importance of protecting the minority of human rights”. This is noted for the new regulation at Shibuya wards to approve same-sex partnership, and describe “In this ordinance opportunity, we expect that the spread of measures to protect the human rights of sexual minorities to other municipalities and countries” and that “In order not homosexuals suffer the disadvantages of the tangible and intangible, whole society would want to go to boost the spirit of the ordinance.” These words are for sexual minority that has been exposed to prejudice and discrimination should be equality to be treated heterosexual.
Shibuya ordinance in February, 2015 is announced, and attention to the rights guarantee for same-sex couples in the world was rapidly increased. Since then, many movements such as “Rep union to consider LGBT issues” was launched by bipartisan in parliament on March, and regulations of Shibuya is established on April, Ministry of education announced “Anti-discrimination legislation for LGBT”, and a notice to schools across the country to seek consideration for the children of LGBT on May, Submission of Human rights relief petition to the Japan Federation of Bar Associations for seeking equality of marriage on July.

The major media also began to clarify the supportive stance in response to Shibuya and Setagaya admit same sex couple’s right to the public, and the flow of the world of LGBT advocacy, although there are also still terrible coverage at part of the weekly magazine, etc.. Such movement is not something that was infested by suddenly falling gift. It is because of the steady efforts by people in the community to approach to the party lawmakers and politicians.