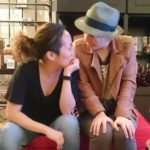 By Roz
It is a month before our wedding and tension is high, just as it is for most couples before their wedding, but a same-sex wedding tends to come with extra stress. Unfortunate circumstances arise and hearts are twisted and yanked hard testing your ability to keep yourself together and not lose sight of why you’re getting married. Love.

After proposing to Natsuko, I was confident that my family would be happy for us. We had just spent a wonderful time together with my family staying in their homes in Michigan. I thought my family had accepted me as I am and had accepted Natsuko as my partner, but I was knocked out by reality when I had informed my family that we would be getting married. Their response was devastating to me when they said  “I can do what I want but they don’t want to see it”. It is against their religion and they cannot be asked to change something that important to them for me.  Initially I was very angry about their response, “why can’t they just be happy for me and put their feelings aside to be there for me”, I thought. After many fights, and many days crying, I realized the anger and sadness I felt inside wasn’t because they wouldn’t be part of my wedding, it was because I love my family very much and I can’t make them happy without sacrificing my own happiness. I imagine that same frustration is where my family’s anger comes from too. So we all moved on and decided that Natsuko and I must do what is best for us.

The next problem I faced was with my unenthusiastic fiancé. Natsuko was avoiding picking a date and couldn’t talk about planning the wedding. It wasn’t until 4 months after struggling with Natsuko that I finally learned she couldn’t make any decisions until after talking with her sister. She had come out to her parents a couple years ago but her parents had asked her to not tell her sister. Out of respect to her parents she kept it from her sister all this time. After we got engaged and she had told her father about us getting married, he had asked her to let him tell her sister. But months went by and her father couldn’t do it. Natsuko couldn’t put our life on hold any longer and came out to her sister.  Her sister’s disappointing response has led Natsuko to not speak with her since but she at least felt she could move forward. We sat down and decided a date for our wedding immediately after and our pain from family love was finally put to rest so that we could focus on building our own little family together. 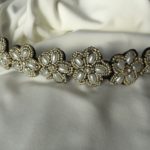 We wanted to get married in Michigan and have a party in Japan. But we realized we would be spending a lot of money just to do a simple court wedding in Michigan and would not even be able to afford to celebrate it with anyone. It just didn’t make sense. We would get married here in Japan if it was legal. Currently there are wonderful wedding packages for same-sex couples in Japan, such as the one Hotel Granvia Kyoto and Shunkoin Temple offer. But the closest place to Japan where we can legally get married is Guam. We made our choice and decided on a date, June 3rd to marry in Guam. The next step and most difficult step was making it possible.

We originally planned to go to the court house in Guam to get married the least expensive way. But I couldn’t help but ask around at many wedding locations for information about a simple wedding on the beach for just us and our witnesses. I contacted many places but none responded except one. I imagine it is because we are a same-sex couple. Only one place was very accepting, helpful and willing to workout something for us. That is the wedding coordinator for the Westin.  He created a small package for us to have our wedding on the beach with a beautiful canapé, chairs, and table with sparkling wine and flutes for toasting after. We booked our reservation at the Westin using booking.com to save money and our coordinator confirmed it and is making sure we have the best room within our reservation room category. We booked our flight through Delta using the miles I have accumulated throughout the years of traveling back and forth between here and the U.S. The most difficult process was trying to find someone to officiate the wedding.

Even though it is legal in Guam, the Christian community is very prominent and many are still against same-sex marriage, thus there are few people available or willing to marry a same-sex couple. After two months of contacting senators, some responded immediately that they were unavailable, some never responded, I was starting to feel panic that we weren’t going to find anyone to officiate our marriage. But Senator Underwood and her assistants gave us hope again. She couldn’t be available for the time I was planning for the wedding but her assistants and her tried to work out something for us earlier in the day or at night. But we wanted it to be at sunset so I looked at the list of senators one last time and noticed I missed one person. In a final attempt, I contacted the vice speaker’s office. They responded immediately confirming to officiate our wedding. I was excited and relieved. I couldn’t believe it. But then they asked for the marriage license. We don’t have it. We can’t get it until we get to Guam. I explained we are nonresidents and that we could not get the license until the day before our wedding but that the Office of Vital Statistics in Guam said it was not a problem. We did not get a response back. A week went by and we had thought they had decided to not officiate our wedding because we are nonresidents. I sent another email asking if they received my email and they responded back immediately confirming to officiate our wedding with the license pending. They sent me the script of the ceremony and asked if we wanted to say our personal vows. It was final, finally! Our excitement for the wedding grew stronger with the great relief of finding someone to officiate our marriage only a month before the wedding.

Our rings arrived from Israel, and my dress from Spain. I received my birth certificate from my parents, and Natsuko received her Koseki (family register, closest thing to a birth certificate). Most of the important tasks are completed except for the English translation of Natsuko’s Koseki. Other than that we just need to think about small things like flowers, nails, hair and makeup. We’re very happy and excited to have the option to get married, even if it comes with more difficulties because we are a same-sex couple. And even though I still have  moments of sadness that the people attending our wedding are all from Natsuko’s side and I will not have my family or friends there, I remember we chose Guam for just us, not expecting anyone to come, and we are lucky to have people who love us and are willing to do anything to be there and be part of our wedding. I am honored that we will all share together, this wedding, the celebration of our love.