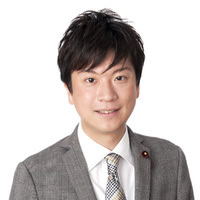 On September 25th at Toshima parliament plenary session, Mr. Taiga Ishikawa – openly gay subdivision parliament revealed the reality that more than half of accommodations in Toshima wards are rejecting single bed room use of same-sex couples, and Toshima wards decided provide guidance for improvement.
In Article 5 of the Hotel Business Law, it is forbidden to refuse the accommodation, except where there is a risk of illegal activities such as infectious disease patients and gambling. However, according to the survey for hotels and inns in Toshima wards by Taiga Ishikawa, 143 facilities in 45 properties refuse men staying together in a room with a one bed, and 30 facilities refuse the accommodation of same-sex staying together in the same room. Their reason for refusals are “There is a possibility that crimes such as drug trafficking is carried out”, “There is a possibility of assaulting a woman, if two men stay in the same room”, “Other visitors might be surprised”.
Ishikawa’s response to Toshima-ku was “It should not be an international city if more than half of the accommodations in Toshima wards deny the stay of same-sex couples. In fact, a lot of foreign customers who have visited there before and may be from countries that have a legal law for same-sex marriage and same-sex partners, are going home with a negative view of Japan and this may affect their view of how things will be for the Tokyo Olympics 2020 and Paralympics 2020.”
Mr. Masahiko Mizushima – Deputy Mayor – replied to Ishikawa that “It hits the Hotel Business Law violations; the reason why accommodation is rejected is only same-sex couple.  In the future, we will listen to the details from suppliers to understand the situation soon, and make the guidance of business improvement.”
There was the same issue in 2006 at a business hotel in Osaka. The same-sex couple from Tokyo was rejected to book a single room with a double size bed by phone. This couple was planning to participate in the Kansai Rainbow Parade.  After hearing this fact, Osaka City Public Health Center has held a leadership of business improvement plan for this hotel. This hits the Hotel Business Law violation.  In Japan, this problem still remains for same-sex couples staying at accommodations.
Ishikawa has been trying to encourage the enactment of same-sex partnership laws in Toshima wards.  In the Tokyo metropolitan area, Shibuya wards have enforced new regulations issuing a partner certificate in April 2015, and partner certificates will be issued from November 2015 at Setagaya Wards.
※Photo is Taiga Ishikawa, legislator of Toshima wards, Tokyo.