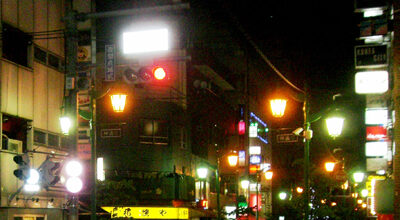 How to have a blast in Japanese gay bar.

Gay bars in Japan are very unique. We, customers, sit along the counter called “Tomari Gi (a perch)”, and indulge ourselves in a good conversation with other customers and “mama- san.” (Japanese people call the owner of a gay bar “mama”). Gay bars are called “snack” in Japan. Japanese gay bars are usually very small and there are only 5 or 6 stools for customers. Big gay bars have 5 or 6 more stools but they still fill up very quickly. When you go to a gay bar in Japan, you will be served what we call “Oto-shi.” “Oto-shi” is
Read More

“Gender and Sexuality Center” has opened in Waseda University 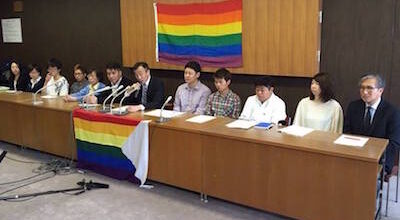 Members of Domestic Partnership in Sapporo Sapporo City has announced that it will establish a same-sex partnership system beginning in June 2017. This is the first of its kind for the major cities in Japan. NHK Hokkaido media report said same-sex partnership certificates will be issued to same- sex couples who swear an oath of their relationship and the city will recognize their relationships as equivalent to marriage. The certificates are not legally binding under the city’s ordinance, but same-sex couples in the city will be able to become recipients of each other’s life insurance money and receive family phone
Read More

Tokyo 2020 to prohibit discrimination based on sexual orientation and gender identity.

On March 24th, The Tokyo Organising Committee of the Olympic and Paralympic Games (Tokyo 2020) released Sourcing Code for all the businesses involved in 2020 Tokyo, which prohibit discrimination based on sexual orientation and gender identity. Sourcing Code is a rule for all the businesses involved in the process of production and distribution related to Tokyo 2020 Olympics. It clearly prohibits discrimination against LGBT people never tolerates discriminatory businesses and services. It says “throughout the production, distribution and other processes of produced products, etc., suppliers, etc. should respect the rights of social minorities such as ethnic, cultural and sexual minorities
Read More

The Tokyo Star Bank, Limited is to become the first Japanese bank that recognizes same-sex relationships and extends financial services to same-sex partners.

On November 1st, The Tokyo Star Bank, Limited revised its term deposit policy and started to recognize same-sex relationships as family. Same-sex partners are treated as equivalent to spouses in some insurance companies in Japan , however, The Tokyo Star Bank, Limited is the first Japanese bank that recognizes same-sex relationships. Under their previous policy, “family” was defined as persons within the second degree, but from now on, same-sex couples are treated as family with the submission of an official partnership certificate issued by Shibuya Ward or Setagaya Ward. Preferential interest rates are also applied to same-sex partners in three
Read More

‘Die Beautiful’ was awarded Audience Award and one of its cast, Paolo Ballesteros, wins Best Actor in the Tokyo International Film Festival.

On November 3rd, the award ceremony of the Tokyo International Film Festival took place and ‘Die Beautiful’ won Audience Award and Paolo Ballesteros won Best Actor. The film is about a life of Trisha, a Filipino transgender woman who dies after winning a beauty pageant. Audience Award goes to the best film that receives the most ‘like‘ votes from the audience. There were 16 films, in competition, chosen from 98 countries and regions this year. The film’s director, Jun Robles Lana, and its executive producer, Perci Intalan came up on the stage at the award ceremony. (Both of them are
Read More

Bunkyo Ward, Tokyo established guidelines for school teachers and city officials on how to deal with LGBTs to stop discrimination and harassment.

Bunkyo ward issued and handed out this card for residents’ education. On April 5th, Bunkyo Ward, Tokyo established the guidelines for school teachers and the city officials on how to deal with LGBTs to stop discrimination and harassment. It is such a rare case for a local municipality to establish the specific guidelines for dealing with LGBTs, according to Japan Alliance for LGBT Legislation(J-ALL) I will introduce some of what is written in the guidelines. The guidelines start from explaining the basic knowledge of LGBTs, sexual orientation, and gender identity. Chapter 2 : Dealing with residents.  “When it comes to
Read More

Osaka Prefecture issued administrative guidance to a love hotel that illegally denied a gay couple the use of its facility.

On 24th October, a love hotel in Ikeda City, Osaka Prefecture denied a gay couple the use of its facility and the public health center for Osaka issued administrative guidance to the love hotel. The gay couple said that they had visited the love hotel in early October but the hotel denied them entry because they were both men. The couple decided to consult with the public health center and administrative guidance was issued to the love hotel. The hotel said they would carry out discussions on future measures for same-sex couples. “It’s illegal for a hotel to deny someone
Read More