On July 30th, Tetsuro Fukuyama of the Constitutional Democratic Party of Japan(CDP) told reporters that the party was planning to revise Civil Code to legalize same-sex marriage to eliminate discrimination against sexual minority. “The CDP has decided to work on this issue. We have already started discussion,” Mr. Fukuyama said. While the discriminatory lawmaker, Mio Sugita of LDP faced nationwide backlash from the nation’s LGBT+ community after labeling them as “unproductive” in terms of childbirth, the CDP started making a bill and is planning to submit it to the next session of the Diet. Mr. Fukuyama had already met with
Read More

On July 19th, a LDP lawmaker Mio Sugita contributed an article to a magazine Shincho 45 and labeled LGBT couples “unproductive” citizens in terms of childbirth, declaring that the taxpayer’s money should not be used for them. In addition to that, she expressed her anxiety about people choosing a bathroom according to the sex they identify with, insisting that a society without “common sense” and “normalcy” loses social order and collapse eventually. “I don’t want this to happen in Japan,” she wrote in the article. In response to her article, Nikkan Gendai released an article to accuse her of ignorance
Read More

A gay man whose partner was murdered filed a lawsuit, asking for survivors benefits

On July 9th, a gay man whose partner was murdered filed a lawsuit, asking for survivors benefits for victims of crime after Aichi Prefecture rejected his application. In December, 2014, Hideaki Mizuno, aged 52 who lived in Nagoya city, was murdered. The killer was condemned to fourteen years in prison. Yasuhide Uchiyama, aged 43, had lived with his deceased partner for twenty years when he was murdered. The couple also started to live with his mother in 2010. They had lived together long enough to be considered as in a domestic relationship, so Mr. Uchiyama applied for survivors benefits for
Read More

On July 9th, the city’s first same-sex partnership certificate was given to a same-sex couple. Three couples came to receive the certificates that day. One of the three was the lawyer couple, Lawyer Minami and Lawyer Yoshida. The two signed the written oath of partnership and submitted it to Mayor Yoshimura. Finally, they received the certificate. Along with the certificates, Osaka city now allows same-sex couples to live together in the city-owned apartments. The city is also in the process of making guidelines about same-sex partnerships for local businesses with an aim to better understanding and awareness in the city.
Read More

2018:07:03 We released the news that support group submitted a petition to 27 local municipalities that asks for recognition of same-sex partnerships the other day. Guess what! Saitama city announced that they will start a same-sex partnership system. On July 3rd, Mayor Shimizu Hayato clearly announced the city’s plan to issue same-sex partnership certificates. The decision was made after the petition submitted by the support group. “We hope we can show our positive attitude that respects sexual diversity in the city,” the mayor said. “We are still in the process of deciding when to start it, but within the first
Read More 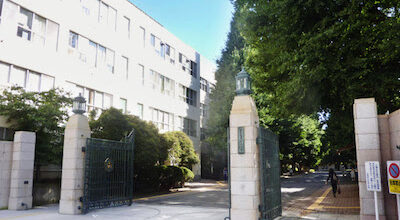