Group home for LGBT people will open in Nagoya. 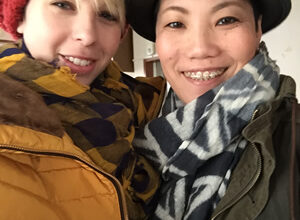 “Equality starts with you!” (Bakappuru Stories)

By Roz A night like any other, after a long day of work, Natsuko and I sat at our small two person table in the center of the kitchen, we had just finished dinner and started talking about random topics. Natsuko was having her after dinner smoke while I shared my thoughts on some current events. I read about a company that began to provide marriage benefits, such as marriage leave and compensation, for same-sex couples with legal marriage documents in Japan. We were talking about how we need to think about planning a date soon for our wedding in
Read More